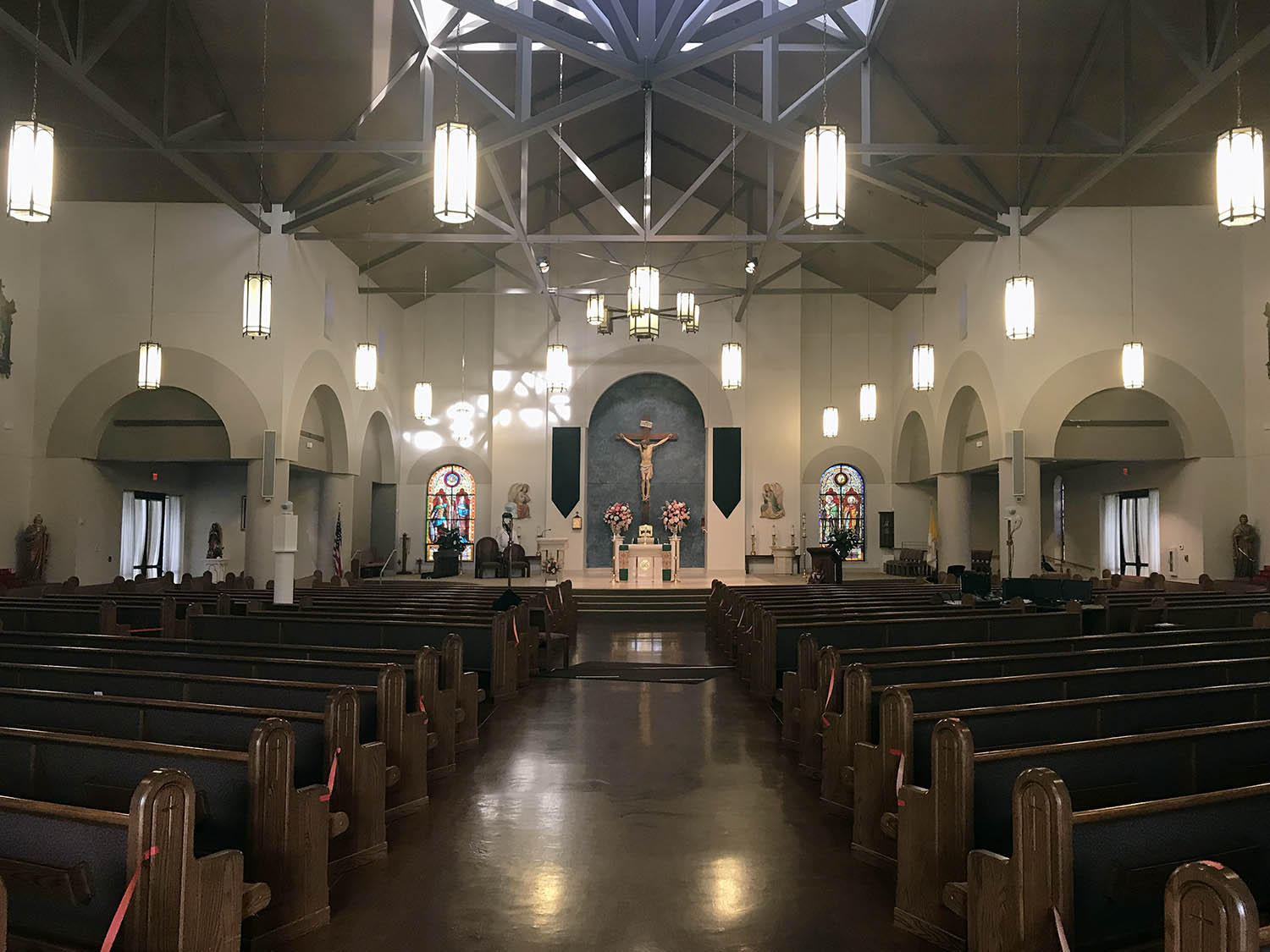 Ascension of Our Lord Catholic Church

After holding services in makeshift spaces for literally decades, the parishioners of Ascension of Our Lord Catholic Church were elated to finally have a 700-capacity church of their own in La Place, Louisiana. The year was 2001, but there were issues almost immediately. “The original sound reinforcement design was terrible, and they had it replaced within two months by a different contractor,” explained Matt Dupuy, installation technician with Assurance AV Solutions. Dupuy, who also was a member of the church member as a child, continued, “The new system was better, but not at all great. They limped along with it for nearly two decades. There were always complaints, but it remained a backburner issue.” Dupuy is a member of the Assurance AV Solutions team that recently replaced the problematic system with Danley Sound Labs SBH10 column-form, point-source loudspeakers, finally giving the church the sound reinforcement system it had always dreamed of.

“The church was frustrated,” said Chuck Breaux. “They had been dealing with complaints from the start, but now the system itself was getting old. Ascension of Our Lord’s sanctuary is pretty standard for a Catholic Church – lots of hard surfaces and a high ceiling and, thus, lots of reverberation. The church’s sound tech is knowledgeable and, between him and Dupuy, they had done the very best they could with the old system. We designed a Danley point-source system using Danley Direct modeling software and presented it to the church with a quote.”

Breaux was introduced to Danley Sound Labs when Assurance AV Solutions assisted with the installation of the massive Danley Jericho Horn system at LSU’s 100,000-plus-seat Tiger Stadium. “These days, I usually start out a Danley pitch by talking about Tom Danley’s history doing cutting-edge acoustics for the aerospace industry,” Breaux said. “It’s easy to appreciate his genius from a ‘nerd’ standpoint! As an integrator, I love that Danley systems don’t require a lot of manipulation. If you put the right Danley box in the right spot, there’s not a lot you have to do. It will sound fantastic right out of the box. And because Danley systems typically require so few boxes, the bottom line cost is lower than it would be with other manufacturers. The people at Danley are a pleasure to work with, and they are ultimately offering better performance at a lower price!” 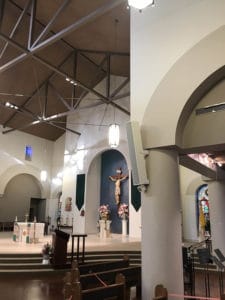 Despite Breaux and Dupuy’s enthusiasm for Danley, Ascension of Our Lord was skeptical. “Our design didn’t look very different from what they already had, and they knew that what they already had wasn’t working very well,” Dupuy said. “They had poor coverage with more speakers, and we were saying, ‘Let us replace your existing system with even fewer speakers. We’ll even remove the delays. And the coverage will be better!’ When the church reached out to another AV integration firm, they were told that their existing, nearly twenty-year-old sound system was fine and that they needed $80k in acoustical treatments. The church was floored, and at that point we said, ‘can we just give you a demo and show you what we’re talking about?’”

According to Breaux and Dupuy, no one except for them and Danley rep Kim Comeaux believed “for a second” that they could get the kind of coverage and intelligibility they were promising from a couple of Danley SBH10s. Comeaux set up the demo, and, predictably, everyone’s faces melted from skepticism to astonishment. The pastor’s voice was crystal clear from anywhere in the sanctuary, and music sounded sublime. “They were practically ready to write the check right then and there,” Breaux said.

The completed system consists of two Danley SBH10s in the locations of the previous sound system’s main speakers (no change to aesthetics!). A single Danley THmini subwoofer rounds out the low end, and three Danley Nano loudspeakers provide down-fill coverage. A single 2U, eight-channel Danley DNA 10k8 Pro amplifier powers all of the new Danley boxes, as well as the church’s existing distributed system in hallways and bathrooms, and replaces a rack of big, hot amplifiers that powered the old system. The DNA 10k8 Pro’s onboard DSP allowed Dupuy to tweak the system to perfection. In addition, a new Behringer X32 Rack gives the church iPad mixing capabilities, and new Sennheiser wireless systems bring the inputs up to date.

“Another benefit of Danley systems is that they go in quickly,” Breaux said. “It took Matt and an assistant just three days to remove the old system and install the new Danley one. They’re elated with the performance, and, perhaps the best measure of satisfaction, we haven’t had to field any tech support phone calls from Ascension of Our Lord. Once the system went in, they never mentioned acoustical treatment again!”