“Everyone leaves Iron City commenting on how great it sounds. And many engineers claim this is one of the best sounding rooms in the South. We’re pleased, to say the least.” 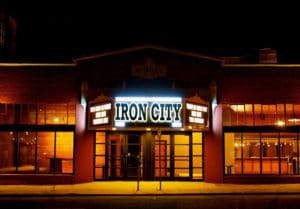 Birmingham, Alabama’s Iron City is a new 1,300-capacity music venue that plays host to acts both local and national. It occupies two former automotive warehouses downtown that the owners gutted and renovated to hit the perfect middle between steely grit and modern elegance. As General Manager Mike Creager put it, “At Iron City, we aim to do everything a cut above. From production to hospitality, we always shoot for a high standard.” That philosophy extends to sound reinforcement as well. Creager worked with Tim Ogletree at MediaMerge (Chelsea, Alabama) to design a zero-compromise system that would be appropriate for Iron City’s wide footprint. Rather than a line array, Creager and Ogletree designed a point-source system using Danley Sound Labs’ patented Synergy Horn loudspeakers and Tapped Horn subwoofers. Although sometimes skeptical of the system’s relatively small size (Danley designs are several factors more efficient than conventional designs), live sound engineers universally leave Iron City rekindled of the spark that got them into the live sound business in the first place. 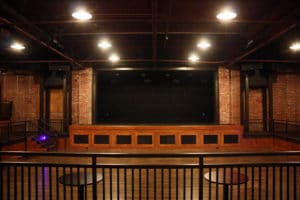 “Tim introduced me to Danley Sound Labs and the Danley concept, and the company flew me to Gainesville, Georgia to tour their production facility,” said Creager. “I was impressed with Danley’s fidelity and intelligibility. Danley boxes have a clarity and presence that caught my ear. I’ve worked on a number of systems, and they usually involved eating deep into the EQ and filters. The Danley boxes required almost none of that. They’re pleasantly flat, and Danley subs have plenty of bass that’s nicely articulated. When I got back to Birmingham, Tim and I set to designing a great system for Iron City. When needed, we got ready help from Ivan Beaver, Danley’s chief engineer. In fact, then (and since) Danley’s customer support has been phenomenal. I get parts or answers almost before I’ve dialed the last number!” 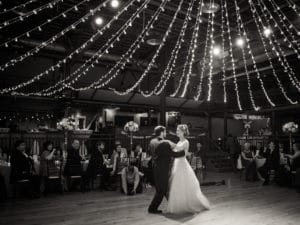 Iron City’s room is wider than it is deep, and for a venue of its capacity, the ceiling is relatively low. However appropriate they may be in a deeper, larger facility, line arrays would definitely not do the trick at Iron City. In contrast, the point source Danley boxes would provide smooth, even coverage across the floor, with plenty of SPL. In a mirrored, true stereo system, a pair of Danley SH-96s provide main coverage. To the side of each, a Danley SH-64 provides mezzanine fill, and below each, a Danley SH-69 provides down fill. All together, two Danley TH-412 subwoofers and two Danley TH-118 subwoofers provide ample bass. Lake LM44 processors condition the system, and Lab.gruppen FP-series amplifiers power it.

“The system is tremendously efficient,” said Jason Westbrook, production manager at Iron City. “It’s loud and clear, with tons of headroom. We can’t blow it up. It doesn’t distort, even when we crank it up. Because we have a huge range of acts at Iron City – from country to hip-hop to rap to metal – the system’s flexibility is appreciated. It’s got the clarity, transparency, and power to satisfy all those styles. When engineers first arrive and set up their measurement systems, the first thing they remark on is how even the coverage is. It’s obvious on their screens and it’s easy to hear.” 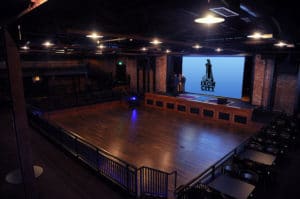 Although the Danley name is popping up on more and more riders, it’s still in the minority at live music venues. That provides Creager and Westbrook with the opportunity (and occasional burden) of showing engineers its advantages. “It helps that we’ve had a year of successful shows – many with big name, national acts,” said Creager. “One of our first big shows was for Bush, and that engineer was worried there wouldn’t be enough power. It’s understandable. People aren’t used to seeing a single Danley box where normally they’d see a bunch of boxes. They don’t understand the Danley technology, and they want to have a good show. I promised the Bush engineer that we would bring in more boxes if he wasn’t happy. Of course, he was. Everyone leaves Iron City commenting on how great it sounds. And many engineers claim this is one of the best sounding rooms in the South. We’re pleased, to say the least.”