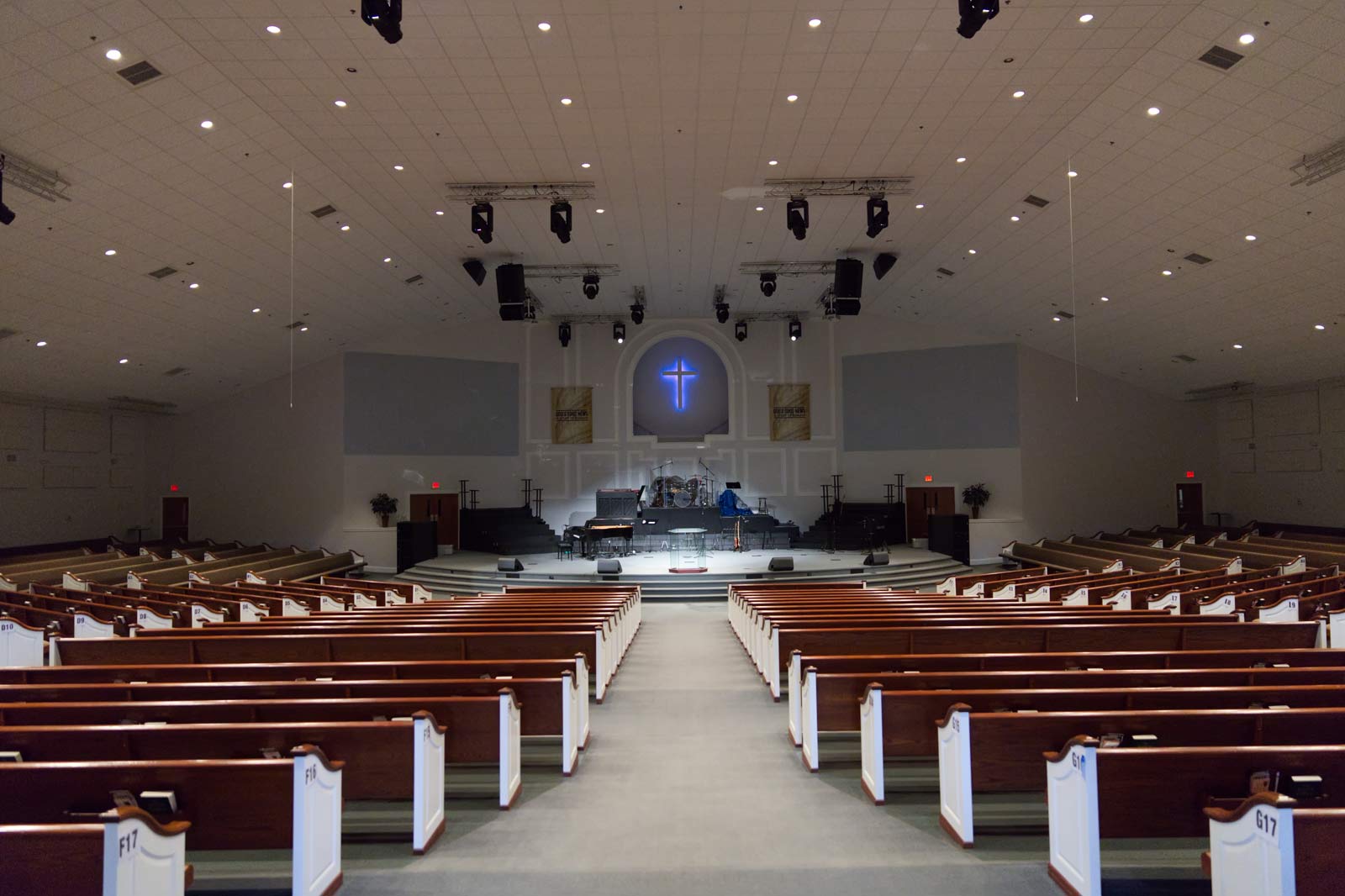 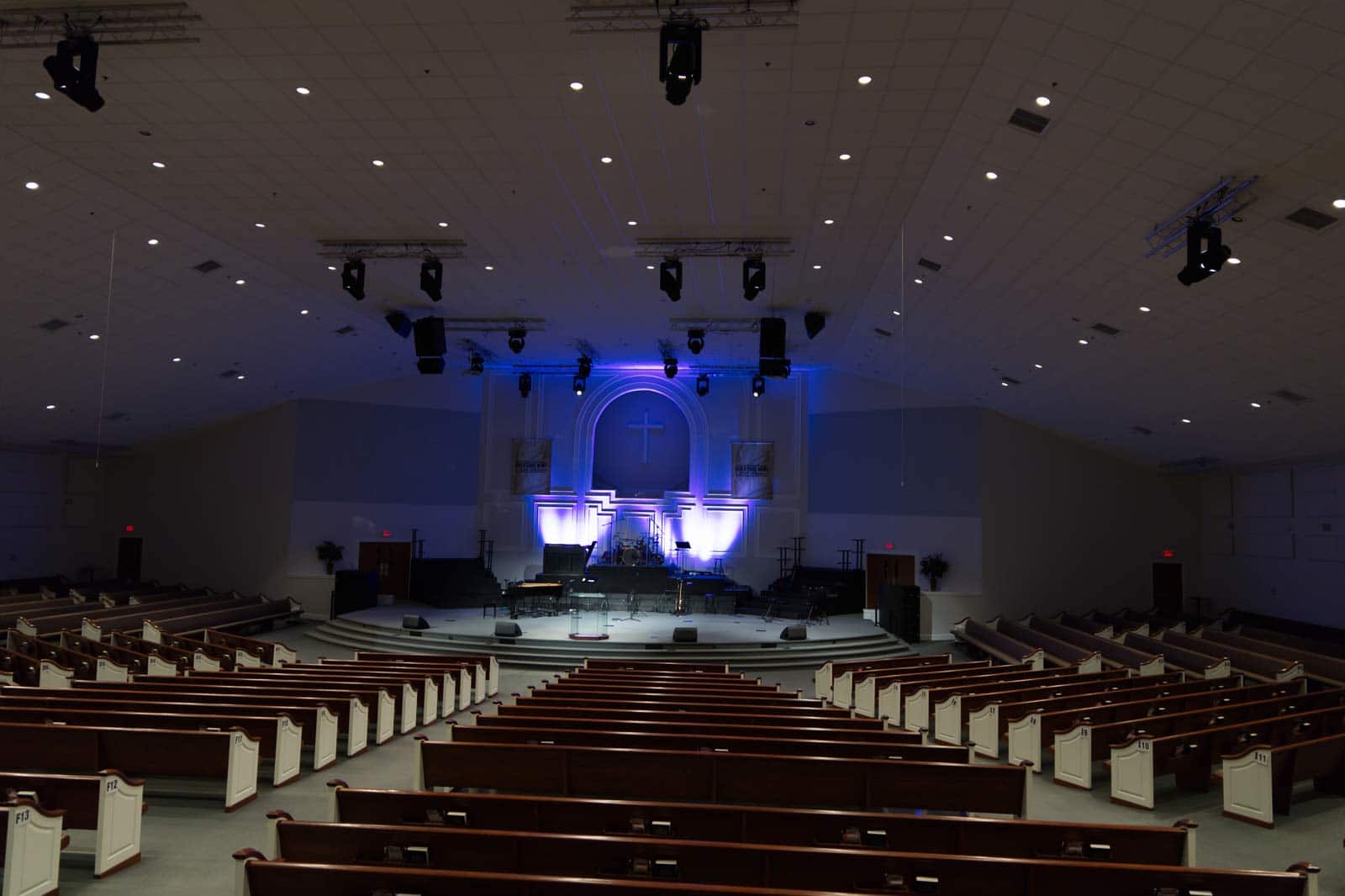 As featured in Technologies for Worship Magazine – January 2022

Their problem had nothing to do with unresponsive worshippers – far from it. In fact, the issue stemmed not from the message, but from the delivery method itself: a failing sound system.

“The system was getting some age on it, and it just wasn’t working well for us; it was getting really spotty. You could go from 96 to 30 decibels just two feet apart – I mean people were having a really hard time hearing everything if they weren’t in the exact right spot,” said Cody Truitt, Head Pastor for Parkway Baptist.

That proved especially disheartening when Parkway Baptist – in a building that was just 17 years old – put on concerts or special musical events.

“No matter what we did, the sound was never there for us, and it was really defeating for all of us,” Truitt said.

That is until T&K Pro Sound’s Keith Mackin made one direct suggestion.

“Keith is a guy that we trust in the sound industry – he had installed our old system about 15 years ago – and he came in and told us about Danley Sound Labs. I mean he really put them on the next level,” Truitt said. “And he told us that would be the perfect solution for our church not just now – but for the next 15-20 years.”

For Mackin the recommendation was easy. Since encountering Danley over 10 years ago, Mackin began recommending Danley loudspeakers and subwoofers to houses of worship throughout his sales region.

“I had already heard that Danley was something special, and then when their TH115s (subwoofers) came out, I went to a demo in Cincinnati to listen firsthand – and absolutely everything stood out,” Mackin said. “The sound quality was amazing, and my first thought was that I need to purchase some for my own use.” 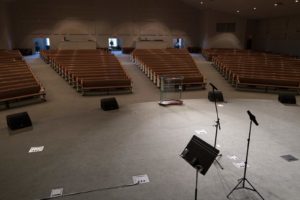 Once the congregations he worked with heard Danley, they too became believers.

“Any time people get a chance to hear Danley live, they immediately love it,” Mackin said. “And because of the way Danley designs and builds its products they can offer audio solutions that no other competitor can. I’ve worked with churches that have never had great sound – until they got a Danley system. It’s incredible.”

Led by co-founders Tom Danley – a trailblazing sound engineer responsible for almost 20 patents – and Mike Hedden, Danley is known for producing powerful, yet crystal clear sound systems that can serve large to medium size crowds, including at stadiums, arenas, and houses of worship of all sizes. In fact, Danley initially made its name by helping to provide unmatched sound for churches throughout the United States and around the globe.

Based around the implementation of multiple-entry horns, Danley’s innovations combine multiple drivers in different bandpasses that are combined into one horn to make a phase-accurate, constant-directivity, single-point-source loudspeaker. The result is an incredibly intelligible and natural sound that requires much fewer speakers and subwoofers than would ordinarily be required of a traditional line array.

That said, those who have not heard or heard of Danley often turn to traditional line arrays when planning new systems, and Parkway Baptist had been leaning that way, requesting Mackin put together a quote for a traditional system. But Mackin knew that Truitt and his staff needed a Danley experience to make the difference.

With that understanding, Mackin requested a Danley demo – which was performed by Danley representative Ryan Fry – and it made all the difference for Truitt and his staff.

“It was so crisp and clear, as soon as we heard it, we knew it was what we needed,” Truitt said.

So it was that Danley regional sales manager Jay Andrews made a detailed study of Parkway’s 1,200-seat, fan-shaped sanctuary. Andrews then designed a system that would deliver results.

The install features two Jericho Horn loudspeakers (J7-95) supported by SH95HO loudspeakers for downfills, SH69 speakers for side fills and a total of six TH118XL’s subwoofers – three on each side of the sanctuary. Danley also utilized four FLX12 stage monitors, along with the Shure PSM900 IEMs. The entire system is powered by Danley’s DNA20k amps and one DNA5K for the monitors.

“For multiple reasons, the coverage with the Danley system was very even throughout the room with high output capabilities. The line array design we had showed many areas of inconsistent SPL’s,” Mackin said. “And the cost of the line array system was much higher and required more actual boxes.”

It is an outcome that Andrews has seen time after time.

“With our products, if you have good input, you will have incredible sound,” Andrews said. “We offer even coverage, and because of the way our technology works, we are able to make speakers that make incredible sound without much size. So, oftentimes, you don’t even really notice our speakers visually. But you’ll hear the difference immediately.”

That has certainly been the case for Parkway Baptist’s congregation. And Truitt is thrilled with the experience that his congregation enjoys weekly.

“In worship, you want to avoid distractions, and Danley allows us to do that because the speakers provide clarity, even sound, and look great too fitting in with everything. I would 100 percent recommend their products to anyone looking to upgrade their system,” Truitt said. “And on top of that, they have incredible customer service. They came up and made sure everything was perfect. And they were cheaper than everyone else. You really can’t beat it.”

Most satisfying, Truitt knows he no longer has to struggle to be heard – and everyone in the congregation receives the Message loud and clear.

“I remember people saying even during the demo, ‘I can hear everything perfectly,’ and they’re still saying that now,” Truitt said. “I’m so happy we went with Danley, and I see why it’s becoming more popular with a lot of churches.”