Deep in the Heart of Texas, Danley Jericho Horns and Tapped-Horn Subwoofer are Among the Stars at C.E. King High School’s New 10,000-Seat Football Stadium 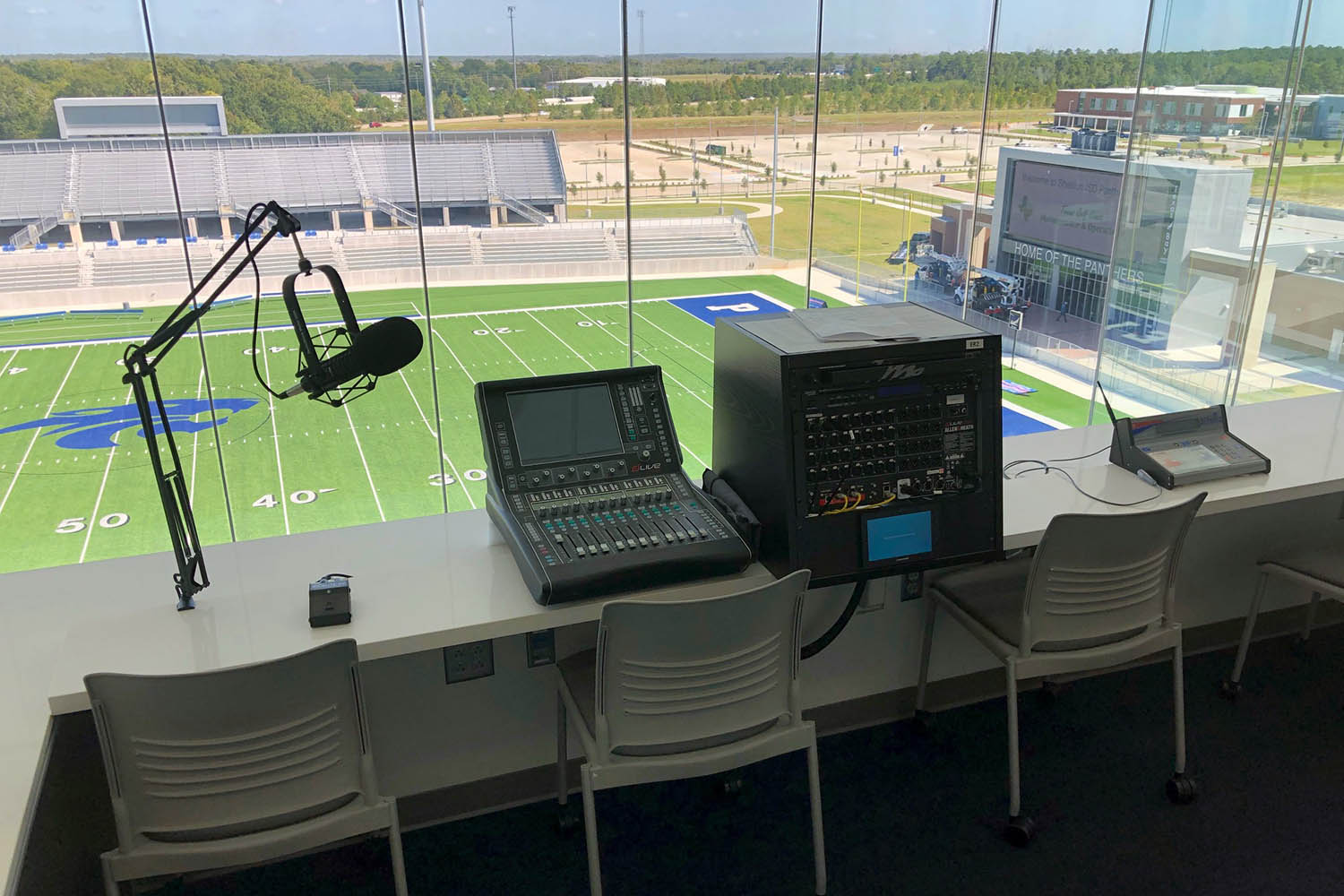 Huckabee and Associates, of The Woodlands, Texas, designed the audio and video systems for Sheldon ISD Stadium, and Broadcast Works won the bid to install it. “The stadium is huge, 10,000 seats, which is noteworthy in itself,” said Joe Yeargain, the Houston-area manager for Broadcast Works. “The overall design is clean. There are no excessive architectural elements but plenty of thoughtful functional aspects that will make the stadium popular with fans. In addition to the Panther home games, Sheldon ISD Stadium will support regional playoff games and other events that require big seating capacities, like graduation ceremonies.” 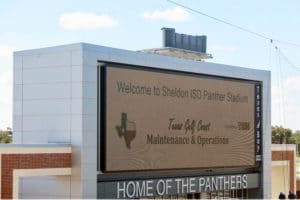 The stadium is built around a mid-level concourse with concessions between substantial home and visitor seating to either side. Opposite the concourse is a multipurpose building that serves as a field house for both the home team and the visitors as well as a banquet hall. The banquet hall has large glass bay windows that look out onto the field, and 75-inch touchscreen monitors give attendees a great view of the game.

The endzone near the multipurpose building hosts a huge scoreboard, and the fully-weatherproofed Danley boxes are mounted to it. Because the Danley J3-64 Jericho Horns are so powerful, only two are needed to give excellent coverage and abundant SPLs; one for the home side and one for the visitors’ side. Their patterns merge seamlessly at the center of the field and drop off strongly so as to avoid the kind of comb filtering that plagues line arrays. Although the Jericho Horns have excellent bass response on their own, Huckabee and Associates added four Danley TH118 subwoofers to deliver awe-inspiring low end. At four channels each, three Danley DNA 20k4 Pro amplifiers provide a dozen channels at 5000 Watts each, and optional Dante inputs make the run from the Allen & Heath dLive console in the press box to the amplifiers relatively easy. A BSS London DSP system manages audio to smaller systems, like in-ceiling speakers for concourses, suites, and the banquet hall.

“The evolution in sound quality over the thirty years that I’ve been in this business is remarkable,” said Yeargain. “The engineers at Danley shipped the DNA 20k4 Pro amplifiers with DSP presets for the Jericho Horns and TH118 subwoofers pre-loaded. They sounded superb right out of the box and didn’t require any tuning at all. Danley’s speech clarity is excellent, and the musical quality is something to experience. With the subwoofers engaged, the client was astonished at the sub-bass energy across the entire field four-hundred feet away. Practically-speaking, my installation techs were really impressed with the rigging points and installation-friendly features of the Danley boxes.”

The video system begins with several high-end JVC cameras, two of which have Teradek Bolt wireless interface that allows the operators to move around the field for optimal positioning. The video signals arrive in the press box, where an SDI HD video matrix and router allows camera feeds to be sent anywhere, including multiple flat screen displays in concourses, lobbies, suites, etc. A TriCaster system allows for convenient instant replays throughout the facility, including the giant video screen. The end zone screen is so large and proximate to the Sam Houston Tollway that the Sheldon ISP will run it with ads outside of game time for additional revenue. Finally, a weatherproof, air-conditioned terminal in the parking lot accepts and sends data over fiber so that remote broadcasting trucks can easily tie into the system.