Famous for Rocking the Biggest Sports Arenas in the World, Danley Jericho Horns Go To Church 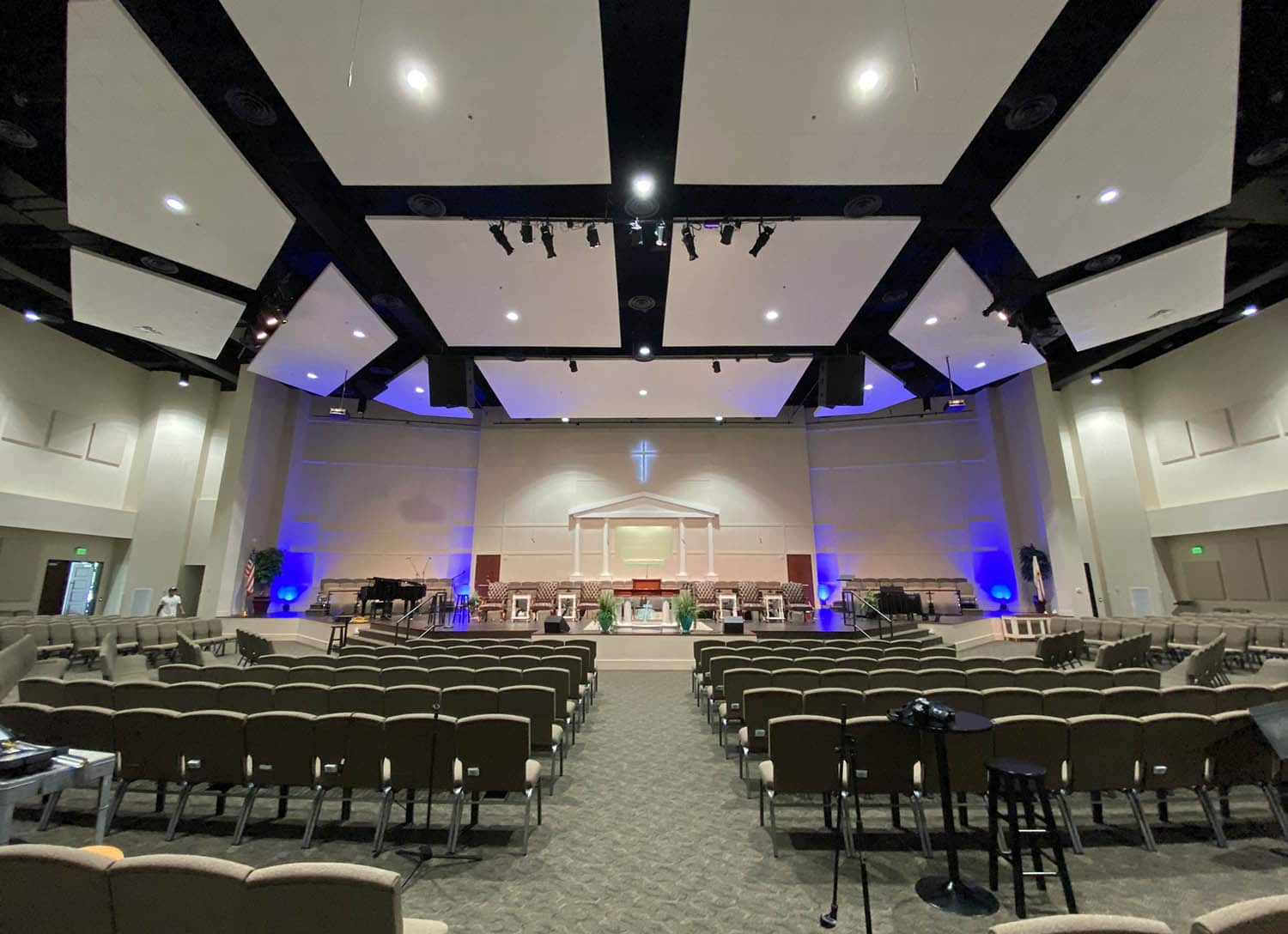 South Haven Baptist Church in Springfield, Tennessee has been the community center for a steadily growing congregation since 1986. It expanded its campus in 1997 to include a high school and a gym and then expanded again in 2005 to include an elementary school and a daycare facility. After its congregation could no longer comfortably fit in its sanctuary, the church moved services to the high school gym for a number of years. Centerline AV of Hendersonville, Tennessee, designed and installed a Danley Sound Labs sound reinforcement system for the gym, which made the most of an imperfect situation. With an eye to the future, South Haven Baptist Church recently expanded its campus yet again, adding a 1000-seat sanctuary. And again, they called in Centerline AV to design and install an amazing sound reinforcement system centered on a stereo pair of Danley J1-94 Jericho Horns – the same boxes that rock the world’s largest sports arenas.

“South Haven Baptist Church is an independent Baptist church that holds services that are more on the traditional end of the spectrum,” explained Scott Oliver, Centerline AV principal. “Where other Baptist churches would have a praise band, they have a full orchestra, a choir, and a grand piano. Their new sanctuary is a big improvement over the gym that they had been using. The room is a rectangle that is wider than it is deep. Of course, there’s always an element of geometrical challenge when you try to put a speaker – which emits sound as a cone – in a rectangular room, but Danley’s excellent pattern control makes it a lot easier.” 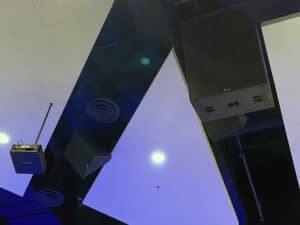 Oliver designed a new sound reinforcement system for South Haven using a stereo pair of Danley’s J1-94 Jericho Horns. Weighing in at 720 pounds and with a height of five feet and a width of nearly four feet, the J1-94 is certainly big, but it’s actually small for the output of which it’s capable (148 dB SPL continuous). In addition, Oliver repurposed two Danley SH50s from the gym to serve as out-fills and two Danley SH95s from the gym to serve as choir monitors. Two SH50s remained in the gym, and Centerline AV technicians moved them so as to optimize their performance in the gym given the loss of the other elements to the new sanctuary. Two Danley DSPs condition the system, which is powered by Crest Pro-LITE amplifiers.

“A lot of people think of Danley Jericho Horns as rock and roll boxes, but you should hear them with an orchestra and choir,” Oliver said. “It’s wonderful! And, of course, the system has headroom for days!” Jason Royalty, director of music and communications at South Haven, added, “We love the new system. It sounds phenomenal. We weren’t sure about the size, but the visual impact is minor and much less than it would have been with line arrays. We have perfectly consistent sound from wall to wall and from front to back. The frequency range is astounding, and we don’t need subwoofers at all. It’s really like mixing on giant studio reference monitors!”

Expecting continued growth, the church included the potential to expand the sanctuary by extending its depth. Even if they do, it will require no change to the sound reinforcement system. “They could add two-hundred more feet without changing a thing,” Oliver said. “This Danley Jericho system is definitely the last sound reinforcement system they’ll buy in my lifetime!”