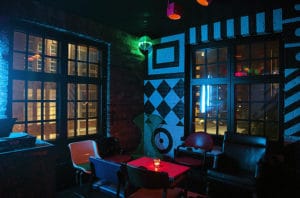 Kaiku opened in Helsinki, Finland in 2013 and quickly rose to the forefront of the city’s lively club scene. Its popularity is perhaps founded on the prominence of its owner, Toni Rantanen, who has been masterminding the scene by founding and concurrently operating several clubs since the early 2000s. But while his name may have made people take notice, it is the consistently awesome parties that evolve every night at Kaiku that pack it to capacity (400 people) and keep A-list DJs at Rantanen’s beck and call. Recently, Kaiku upgraded its already excellent sound system to a complete Danley Sound Labs system, including loudspeakers, subwoofers, amplifiers, and processing, and the praise has, well… amplified!

Of course, low-end support is hugely important, and Kaiku uses three massive Danley DBH-218 subwoofers to move the floor – and the souls – of its congregants. Unlike conventional subwoofers, which essentially woof out deep frequencies that are only casually related to the frequency content of the program material, Danley subwoofers are famous for their fidelity. Their deep output is thus musical and satisfying, warm and honest. Their fidelity heightens the emotional impact of the dance music.

Rantanen’s plans for the larger building that Kaiku is housed in are ambitious: the goal is to have as many as six venues occupying the building, which he already plans to call “Complex.”