L.A.’s CHALICE RECORDING GETS DOWN WITH DANLEY 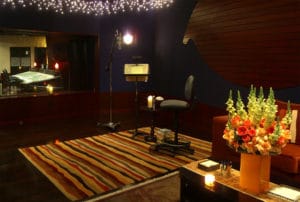 The client list at Chalice Recording Studio in Hollywood, California is so extensive that it is challenging to think of a celebrity who is not on it. For example, the “B” section includes the Backstreet Boys, Barbara Streisand, Beastie Boys, Justin Bieber, Beyoncé, the Black Eyed Peas, Blink 182, and Britney Spears and the “P” section includes Paris Hilton, Perry Farrell, Prince, and Puff Daddy. Those clients use Chalice Recording Studio as the medium through which they turn ideas into platinum albums and Grammy Awards. So Chalice is always humming – almost literally – with the next big thing. Because top-volume monitoring (think 120dB+) and deep, authentic bass at those extreme SPLs have become so critical to so many hip-hop and top-40 artists, engineers, and producers, Chalice Recording Studio has installed Danley Sound Labs TH-115 subwoofers in studios A and B.

“Before we installed the Danley subs, we were blowing our subwoofer drivers once or twice a week,” said Lowell Pickett, head studio tech at Chalice. “It’s because the monitoring volume is often really extreme; more and more, our clients are using the main system to gauge the music’s impact at club volumes. It’s a visceral thing – they want to feel it as much as hear it. Anyway, I did some research, and more than one person suggested that I check out Danley.” 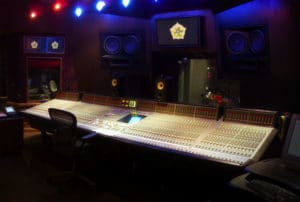 “The Danley subs were way, way better,” Pickett said flatly. “Previously, there was no place in the room where the bass seemed focused. With these subs, I could really hear what was going on in most places in the room. Everything tightened up and became clearer, and our low end got even lower.” “There’s a magic that happens when the Danley subwoofers at Chalice pair up with the full-range system,” added Kenny Andrews, the area Danley rep. “It’s a very musical sound.”

As part of the Danley installation, Chalice did something very few studios are willing to do (yet). They put the entire monitoring signal through a Danley DSLP48 digital processor, which provided clean crossovers, as well as flexible equalization and filtering for tuning the room. “We were nervous,” Pickett admitted. “We had previously used high-end analog crossovers and equalizers. This was a jump, but everyone agrees it has been all up side and no down side. The sound is as transparent as ever, and the uniform channel processing has tightened up the stereo imaging. The DSLP48’s equalizers are great and have helped the acousticians who tune the room.” As a bonus, Chalice uses the DSLP48 to provide different presets to different clients.

Output from the Danley DSLP48 feeds a Danley DSLA3.3K dual-channel amplifier, which in turn powers the two Danley TH-115 subwoofers. The processor output also feeds the existing full-range system, an Augspurger GA215H with 15-inch TAD 1601 B woofers and TAD 4002 beryllium compression drivers. All the loudspeaker components, as well as the Danley TH-115 subwoofers, are soffit mounted.

“Our clients noticed the improvement right away, and we stopped replacing subwoofer drivers on a weekly basis,” said Pickett. “With the Danleys, the volume can be so great that the light fixtures fall from the ceiling! That really tickles the clients!” With Studio A booked out completely, Chalice made the same change in Studio B. Now Studio B has a pair of Danley TH-115s, backed by additional Danley processing and amplification.