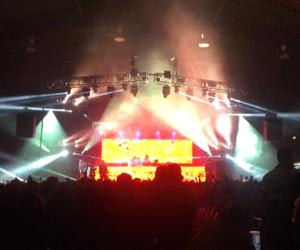 Ross Dettmering, owner of D24K Sound, welcomes the skepticism he gets from clients when he tells them he’ll cover their event with high-impact, high-fidelity sound using only a tiny fraction of the boxes that they’re used to seeing. For example, D24K Sound recently covered a crowd of 5,000 Drexel University students who packed together to watch rapper Kehlani using only a stereo pair of Danley J3-64 Jericho Horns for full-range content, along with four Danley BC-415 and six Danley DBH-218 subwoofers. D24K is among a small, but growing number of event production companies that are standing apart from the competition by offering their clients Danley Sound Labs’ crystal-clear fidelity, honest bass, and improved sightlines.

“I first heard about Danley from a sound engineer friend who told me that Danley was building single boxes that were powerful enough to cover an entire stadium,” Dettmering said, referring to Danley’s inroads in the sports arena market. “That struck a chord with me! I looked into their technology and got the back story on inventor and acoustician Tom Danley and all of the patented technologies he’s using to design the Danley loudspeakers and subwoofers. It sounded like a more principled way to design big sound reinforcement systems, and all of our competition is deeply invested in the line array technology that the Danley boxes outperform! Going with Danley seemed like a great way to differentiate D24K from all the other guys.” 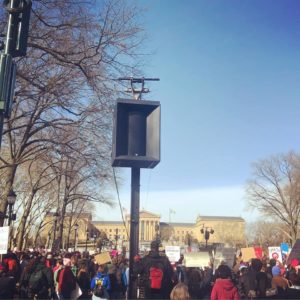 Dettmering also admitted that the idea of setting up and tearing down a handful of boxes – versus the 10-15 boxes per side that go with a standard line array system – was also very appealing!

With all of these Danley loudspeakers and subwoofers, D24K can accommodate events of any size and any configuration, with as many as three events running concurrently. At four channels each, D24K’s ten Danley DNA 10k4 Pro and 20k4 Pro amplifiers give the company plenty of power and flexibility, along with on-board DSP with custom presets for each Danley model.

“It’s true, people often get scared when I tell them we’re going to put up one or two boxes per side to cover their entire crowd,” Dettmering said. “A lot of them balk. But to date, every single person who has heard the system fired up has changed their mind. I kind of welcome that skepticism because it makes for a more interesting story – the kind of story they’ll remember and tell their friends about. Plus, I always get to see the look of amazement on their faces when we power up. Once a Danley system is fired up, it speaks for itself.”