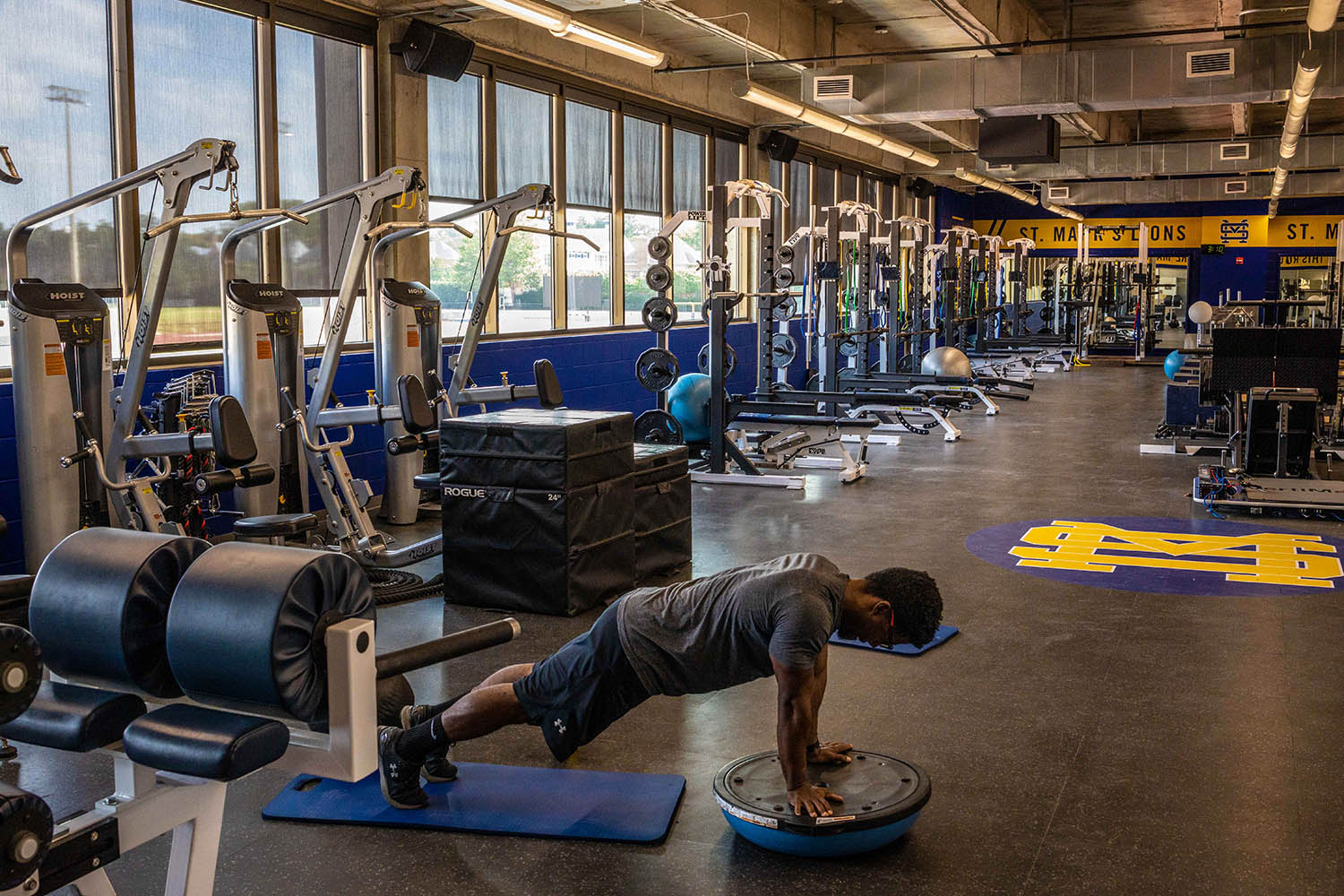 With roots stretching back to 1906, St. Mark’s School of Texas is a prestigious boys day school in Dallas. In addition to rigorous and diverse academics that prepare students for influential careers, St. Mark’s is well-known for its athletics. The St. Mark’s Lions compete in the Southwest Preparatory Conference, and nearly nine out of every ten students participate in at least one varsity sport. Impressed by the fidelity and impact of a Danley Sound Labs demo, school officials asked the integration experts at Dallas’ Romeo Music to design and install Danley systems at the football field, the basketball gym, the weight room, and the locker room. When an EF-3 tornado destroyed the recently-completed systems in the gym and locker room, Romeo Music and Danley Sound Labs “moved heaven and Earth” to rebuild the sound reinforcement system in an alternative gymnasium in time for the start of the basketball season.

“It was about a year ago that we first provided a series of Danley demos at St. Mark’s football field,” explained Kevin Deal, manager of integrated systems and accounts at Romeo Music. “Their existing system had broken components and an overall ‘honky’ sound, and they were working hard to find a loudspeaker manufacturer to install not just at the football field, but throughout campus. We’ve had success with Danley in the past. Danley boxes offer excellent sound quality and plenty of output. Importantly, the total cost of a Danley system is significantly less than anything comparable from other manufacturers.”

The Lions play football and track at Hunt Stadium, which seats approximately five-hundred people. It has a large home bleacher section with a building immediately behind it. The smaller visitors’ side is topped by the press box, and additional field space extends beyond the visitors’ side. The Romeo Music installation crew placed five Danley OS80 fully-weatherized loudspeakers in an exploded line on the side of the building behind the home bleachers. Four of the OS80s angle slightly down to cover the home bleachers, and the fifth fires across to cover the field itself and the visitors’ side. A beefy Danley BC412 subwoofer placed atop the building behind the home side bleachers fills out the low end to deliver a rich, full-frequency experience.

Two Danley OS12CX fully-weatherized loudspeakers on delays above the press box cover the additional field space, and two more OS12CXs had covered the concession area until it was destroyed by the tornado (those speakers were recovered and will be reinstalled when the concession area is rebuilt). St. Mark’s staff operate the system from a Mackie 1604 on the visitors’ side press box. The mixer feeds a Xilica QR1 DSP which sends signal to the main speakers on the home side via a Dante run using fiber under the field. One Danley DNA 10k4 Pro and one Danley DNA 5k4c provide a combined eight channels and 15,000 Watts of amplification, onboard DSP (with Danley model-specific presets), and optional Dante connectivity.

Toward the end of October and just 72 hours after completing those systems, an EF-3 tornado ripped through Dallas and destroyed the concession stand and the Hicks Athletic Center, among other things. Fortunately, no one was injured. With the start of basketball season just weeks away, the school decided to shift varsity activities to Spencer Gymnasium, which had previously been used for the middle school and didn’t have a sound system at all. “There was only a three-week window,” Deal said. “I contacted Danley and explained the situation. The team at Danley and my installation crew moved heaven and Earth to deliver and install a basically-identical system in Spencer Gymnasium. We finished commissioning with ten minutes to spare before the first basketball practice!”